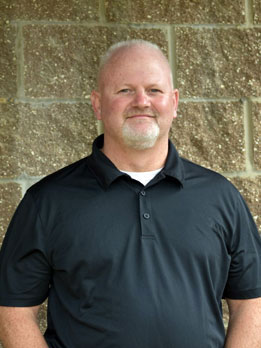 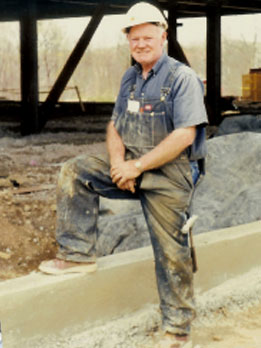 Since its inception in 1975 by its founders, Jack “Bill” & Nancy Williams, Williams Concrete Construction Company Incorporated has grown to be known as a leader in the concrete construction industry in the Northeast Ohio area.

With Bill having learned the trade from Arthur E. Fabbro of Fabbro Concrete in the early 1960’s and eventually becoming a foreman and managing some of the larger scale work in the Akron/ Cleveland area, he learned the principles of integrity, quality, and the importance of a commitment in business, even if it was just over a handshake. With Bill, “his handshake was his promise.”

Bill took the things that he learned from Art, and with the support of Nancy, decided to go into business in July of 1975 with nothing more than a pickup truck and a little money in the bank.

The focus for those first few years was primarily residential concrete work with a small amount of commercial work coming that first year. After thirty-five plus years, that first commercial customer in Akron, Ohio still relies on Williams Concrete to fulfill its concrete needs. Williams Concrete is now working with its’ sister companies in Youngstown and Warren Ohio. Relationships like these have been an important part of the success of Williams Concrete.

Under Bill and Nancy’s guidance, the company grew from a small and humble company in the 1980’s, to a large scale family business. Through the years their four sons have all worked in the business from the ground up. Each son has been groomed to become part of the legacy that has continued even after the passing of Bill Sr., in late 2000. The company was then led by Bill Williams Jr. until his sudden passing in early 2004. Kevin Williams was involved until he retired in 2014. The company is now led by the youngest of the four sons Chris. Himself along with his wife Charlene, and brother Kelly Williams are involved in the day to day operations of the business. Continuing this legacy, Chris and Charlene’s five children: Chris Jr, CJ, Catherine, Cannon and Cael are now working to make their mark on this family business. Also, helping to strengthen the business are the experienced, key employees who have worked here for over thirty years. They have helped grow and nurture, this once small and humble business.

In the last twenty-seven years, while working in the family business, Chris strives to maintain three core business values. These values are integrity, showing our customers that our quality is still our commitment, and like his father Bill, his handshake is his promise.

At Williams Concrete, we believe our commitment to teamwork is an important key to the success of every project, no matter how small or large. The unselfish approach and willingness to try to meet a customers’ needs make Williams Concrete employees understand that it is ok for our customers to expect more. This is something that our founders instilled in us along the way. After thirty five plus years the formula still has not changed.

We provide high quality, trusted service in both commercial and residential concrete work for over the past thirty-five years.

We provide our customers with a variety of concrete services. We specialize in both Commercial/Industrial and Residential concrete projects.